Last spring we saw some crazy shit from Christian Moser float by on the gram. It was generally a pretty crazy time, with the onset of a global pandemic and an annoying lockdown, so we weren’t quite sure if it was for real, or just some crazy Nico Vuignier style green screen shit. Did Chrigi really find a way to build a whole lake into his slopestyle course? Or was I just doing too much day drinking at the time? A few weeks ago a more complete edit resurfaced so we figured that it made sense to hit up Christian and get the full story…

Hey Christian, how did you get the idea for that crazy line?
The idea was born more than four years ago, when I bought my winch. Together with my good friend Nathanael from the neighboring village, we thought of several funny things that we could do with it. The idea with the reservoir-lake at the Gran Masta Park in Adelboden-Lenk was one of them. The idea was very simple: take all the necessary equipment up to the lake, put the winch down, glide over the water and have fun!

Looks like it was pretty late in the season? Was this during the lockdown?
Yes, it was during the lockdown. At the beginning of May. It was the only possible time since the lake was thawed out, the ski resort closed, no people and still enough snow. And the most important: we had nothing else to do! 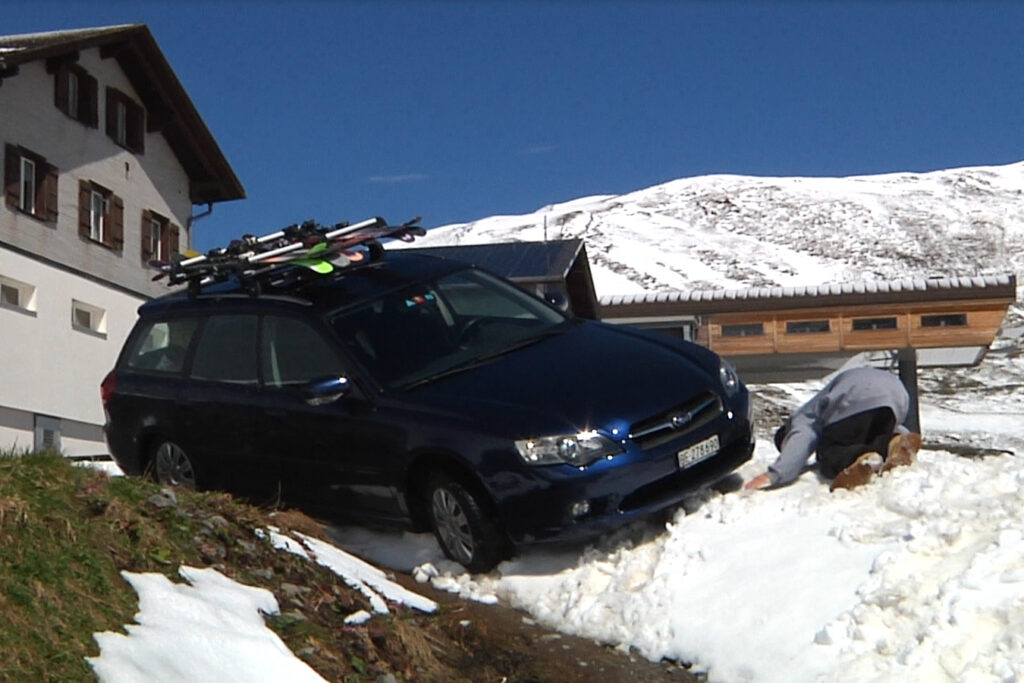 What was the biggest challenge?
There were a few, but the biggest challenge was the organization. We needed five people to make it all happen. One for the winch, one filming, one flying the drone, I was skiing and one was responsible for rescue on the lake in case I crashed in the middle of it. The water temperature was about 5-6 degrees Celsius. At the same time, we were also limited to five people due to corona virus restrictions.

The next challenge was the time pressure. The in-run and the exit needed some snow, but the road to the lake had to be free of snow as it would have been impossible to bring the winch and all of the equipment up to the lake by foot. This condition limited our time window to one single weekend, as the snow melted very quickly due to the high temperatures of last spring.

Also, the preparation with all of the equipment was a big challenge for us, because we are not a professional film crew with a budget and professional equipment. Of course we needed my winch and all the ski gear, plus some extra clothes, cameras, the drone, a rubber boat with a rescue ring and snow shovels for the in-run and the exit. 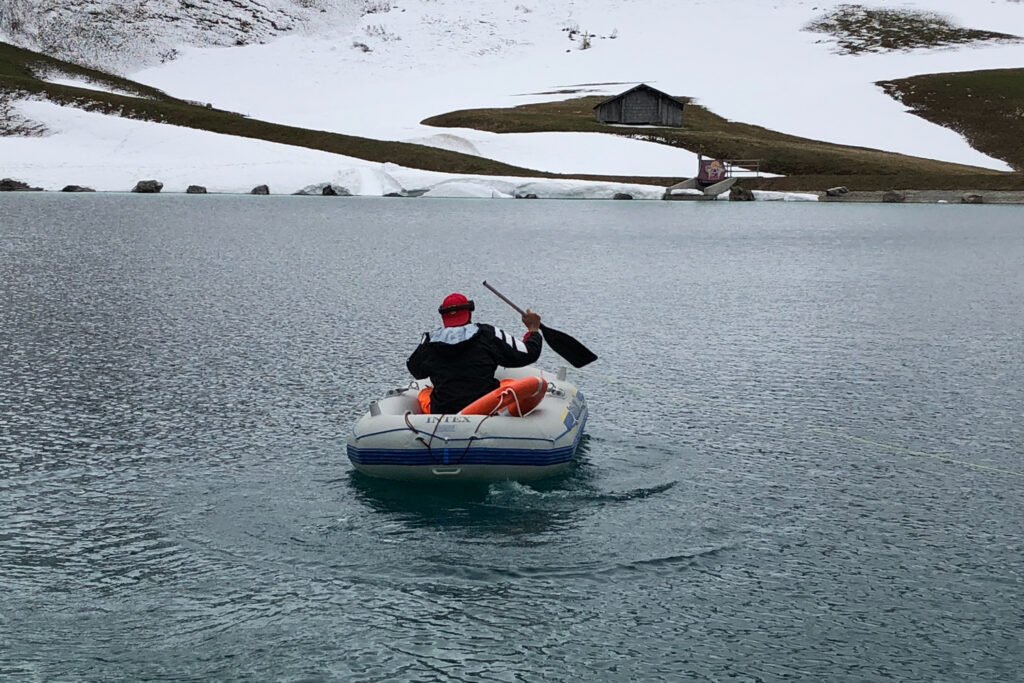 How many tries did it take you?
One test attempt and then 4 or 5 tries to film from all angles.

How did it go with the winch? I know that sometimes those things can be a real bitch…
The winch in general is perfect for street skiing and waterskiing. But unfortunately Leo forgot to pull the brake at the end of the first test run… This resulted in a torn V-belt on the winch and the handle slammed into his back. Luckily I had a replacement V-belt at home, but that meant two hours driving home and back up plus about one hour of repair. But we had no other choice. Leo’s back was very painful as the handle hit him with full force, but he could still walk and we needed him for the winch. The next day in the hospital it was diagnosed as a severe bruise, but fortunately nothing serious.

After this accident everything went as planned and we were very happy with the final result.

Do you water ski?
No, I’ve never tried it before. This was the first time… haha.

Yeah, you’re a natural!
Who filmed and who was running the drone?
Loris Burn was behind the camera and he did the whole cut. The drone was flown by Marcel Brünisholz, the park manager of the Gran Masta Park.

What’s new with the SQAD these days?
Nothing special… This summer, we were in the snow dome in Bispingen near Hamburg twice and in winter we will probably mainly be in Adelboden again.

What else are you planning for this season?
Ski as much as I can. We still have a film project with the SQAD that we started last season but couldn’t finish due to the bad snow conditions, especially for the urban part. We want to finish the project this winter. So let’s hope for lots of snow!

Thanks for your time Christian! Anything else you want to add?
No, thank you very much for this interview and again, thanks to all of my friends who made that session possible!