You probably know Yan Rausis as the Swiss veteran of the Freeride World Tour. With a precise and effortless flow, he’s impressed us with his riding over the past five years. His rhythm and fluidity inspire his vision of skiing. And what better way to share a vision than a film?

«FROM SOURCE» is one of those movies that you experience in the same way as a piece of art. But like any artwork, it raises questions, so we hit Yann up for a little interview. But first, here’s the movie, in case you haven’t seen it yet…

While competing on Freeride World Tour back in 2019, you already released «SKIING BETWEEN». Now, you’ve announced that you are leaving competitions to focus on your new film projects. What motivated you to film movies next to all the time and energy that you had already invested in competitions?
Last winter, I started realizing that freeride competitions were not driving me forward as much as they used to. I felt a growing desire to experience and show freeride skiing in a more pure and personal way. I just wanted to follow my intuition without compromise, and create something close to my heart. I think that this mindset unlocked a lot of new motivation and energy!

I don’t know whether or not I’ll be attracted to competitions again in the future. For now, skiing for myself, and imagining new film projects is what excites me the most.

«FROM SOURCE» is a bit different from usual ski movies. It is a real mystical experience! Is there something special that you want to share with this movie?
The movie itself is something special I guess :).
By definition, the mystical experience is the inner realization of something greater than what the mind can conceive, explain, or describe. My movie is pointing to this «something», while allowing the viewer to wrap his mind around it and find his own interpretation.

There is this crystal found in a cave that is present throughout the movie. Is it magic, or maybe hallucinogenic?That’s the specific question I’d like not to answer! There’s nothing which makes the world duller than satisfying explanations. Knowing that you don’t know guides you deeper into the experience of «reality», I think.
Everyone who raises his own sensitivity enough will notice how it affects this complex energetic system that we call the human body. This remains magical and hallucinogenic until the moment we start experimenting with it :).

I guess you also did some experimentation on the production side of things. One of the particularities of « FROM SOURCE » is that it was entirely financed through crowdfunding. Is that right?
Yes it was!
I started this video project on a whim at the beginning of April. At the time I was unable to put any clear ideas or concepts on paper to try and convince sponsors to support me. I just knew that I wanted total creative freedom, and didn’t want to create any expectations from anyone about the final result. I also needed to get very quick feedback on my project’s funding, so opting for crowdfunding seemed evident.
I had some psychological resistance about the concept of “asking people for money”, but I actually realized that a lot of people were really stoked to help me out ! I would definitely recommend doing it once.

By separating the spring and winter images, you created an interesting contrast. What was the idea behind that?
I found it interesting to show distinct facets of freeride skiing within the same movie, as if it was made of two different polarities, one Ying and one Yang, if you will. It can be interpreted as a way to find a balance between opposites, and flow with them as nature flows through the different seasons.

Is it true that your mom wrote the second song of the film, and that your grandmother sang it?
Haha, yes.
My mum also came and helped me out for a few spring shots when the budget became a bit tight… haha
There have been a whole lot of artists on the mother/grandmother’s branch of my family. They have been painting, singing, writing, and I have a lot of respect and appreciation for what they have done. The album, « Hymne à La Vie » from which the second song of the film is taken, is, in my eyes, an authentic work of art. From the depth of the lyrics to the rawness and purity of the voice. It was an obvious choice for me to share it, while adding my personal freeride touch.

A family of artists, we can tell!
Would you consider freeridng an art form?
It’s a big yes! Freeriding is like a hybrid combination of dancing and painting on the greatest canvas that exists: snowy mountains!

Thanks for taking the time to answer our questions. We wish you a great time painting on those snowy mountains this season! 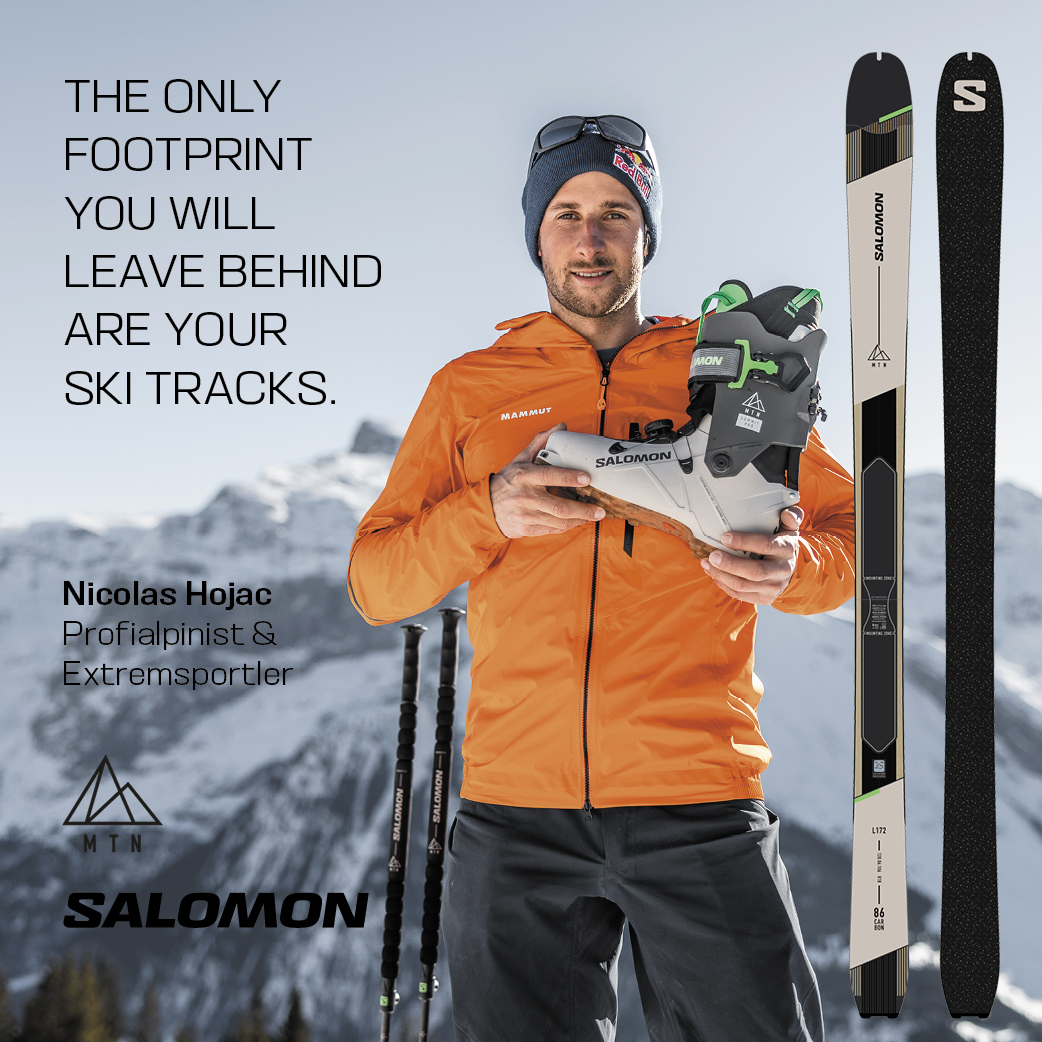