So much talent, so few pages in our Annual. That’s the ongoing theme of our underexposed series. A perfect example is the creative force that is Armando Guetg. Get to know him better in our latest interview… 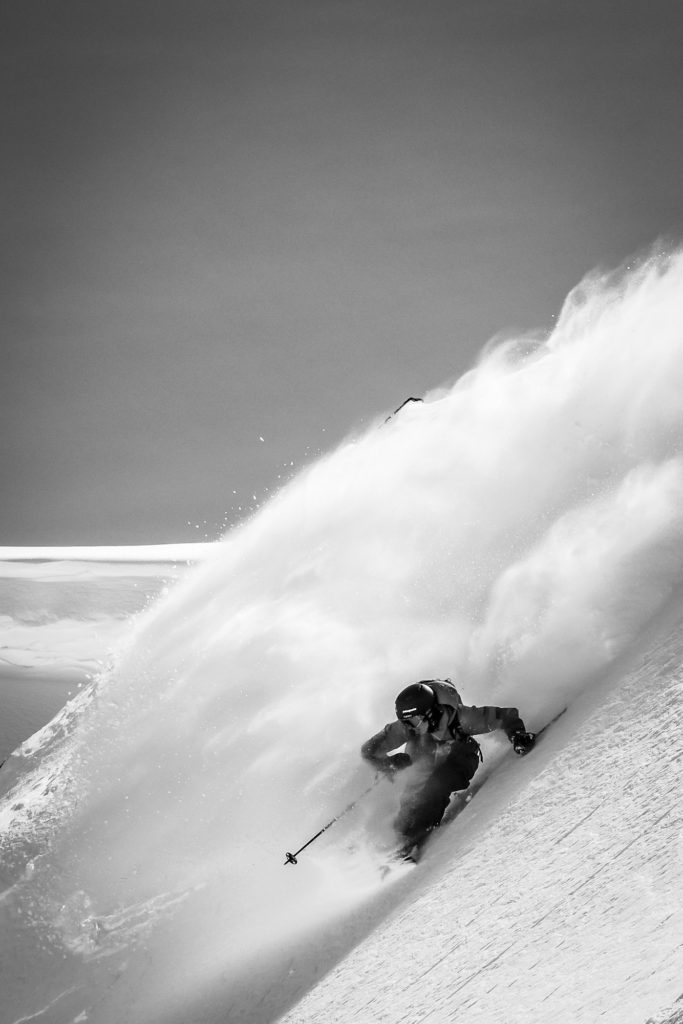 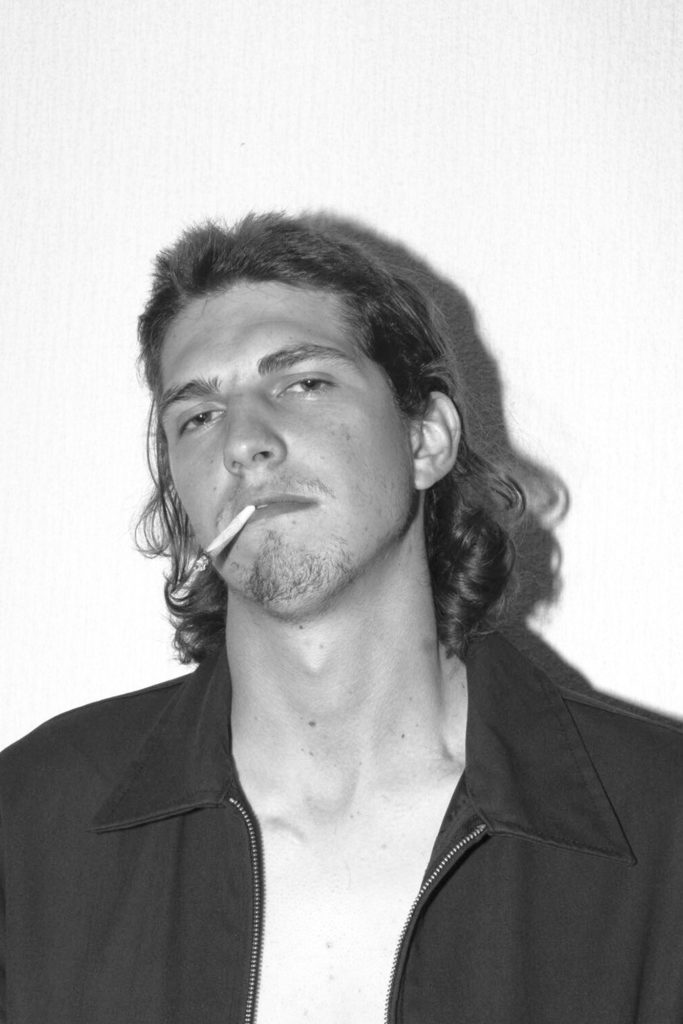 Hey Armando, can you introduce yourself for our readers who don’t know you?
Thanks for having me! Yeah of course. My name is Armando Guetg (G-U-E-TSCH) and I’m a nonprofit skier and photographer from the Engadine Valley. I like to shoot, climb, skate, put skins on skis, and ski.

What came first for you, photography or skiing?
Well, skiing was always there somehow, like for most of the kids growing up in the Swiss Alps. But when I was seven or eight, my dad who is a mountain guide took me for the first time on a ski tour and ever since I’ve been into that too. Park skiing came a lot later, like when I was about 15.

The whole photography and design thing started when I was about 10 years old. Because of my dad’s profession, he knew a lot of people working in mountain huts as hut-keepers. So I started working and earning my pocket money in a hut and the hut-keeper at that time was working as a freelance photographer. That’s how I came to hold a big “real” camera in my hands for the first time. After that, the whole photography thing started.

How do you think that growing up in the Engadine has influenced your style of photography?
You know, I grew up here surrounded by some really talented photographers, like Filip Zuan and Daniel Meuli, and of course they had a huge impact on my photography. However, I think that growing up near St. Mortiz was also a big impact. You always see this beautiful, super cheesy landscape photography that shows the whole mountains as a wonderland, or a Narnia, or whatever… I always had problems with this kind of photography and wanted to show how harsh, raw and bold the mountains up here are. Like how I see them when I’m ski touring or climbing up some mountains in summer.

You shoot a lot of analogue images. What do you like about working with film?
Well, for me, shooting on film is just a stylistic device. I also do some “Digi” stuff every now and then but to reflect the harshness and rawness of the mountains the way I see them, shooting on film is the perfect device for me. Also, developing and enlarging all by myself at home is a process I really enjoy and it gives me time to think about of all the moments spent up in the mountains. Another reason is that it is a lot of fun and I find that I’m more aware when I’m shooting. It’s more like a handcraft and it takes more time, so I also really enjoy the whole process.

For action, I’ve seen more snowboard photos than ski photos. What’s up with that?
Basically, it is simple. Almost all of my good friends up here are snowboarders and I grew up having those older snowboarders as role models. I mean if they would ski, I would probably shoot skiers…

It’s interesting that you’re one of the few younger guys who’s interested in both park and touring. Is there one that you prefer?
You know, ski touring and freeriding was always there based on my background. And I would also always prefer a ski tour with good people and good terrain to every park in this world. But as I said, when I was about 15 and the whole “freeski-trend” started, I began to ride park and start to compete. I even joined the training squad in the Engadine Valley. Thanks to that, I met crazy people and good friends all over Switzerland! One Love! But inside of me, I’m still a Swiss mountain boy and a farmer who prefers to be on a lonely mountain eating Salsiz.

Tell us the story behind one of the favorite photos that you’ve taken.
I guess it’s the whole series I made while snowboarding on the volcano in Mt. Etna two years ago with Elio Fumagalli and Achille Mauri. The idea to go there was super spontaneous and the weather and food was crazy good. If you can do two things you love, like photography and skiing in such a crazy place, surrounded by super kind people, it’s going to be your favorite just because of that… haha.

If you could shoot with any three skiers, in any location, where would you go and who would you bring?
Puuh man skiers… haha, I would take some boarders! No, if it would really have to be skiers I guess It would be Daniel Loosli, Sami Ortlieb and Laurent DeMartin. I would take them on the Julier Pass to some nice spots, or anywhere else between St.Moritz and Savognin. Loosli could teach me something about angles, Sämi for his creativity, cheese and Sämf, and Laurent for the good vibes. And otherwise, if a snowboarder could come, I’d go pretty much any place with Gabriele Weli Torriani. 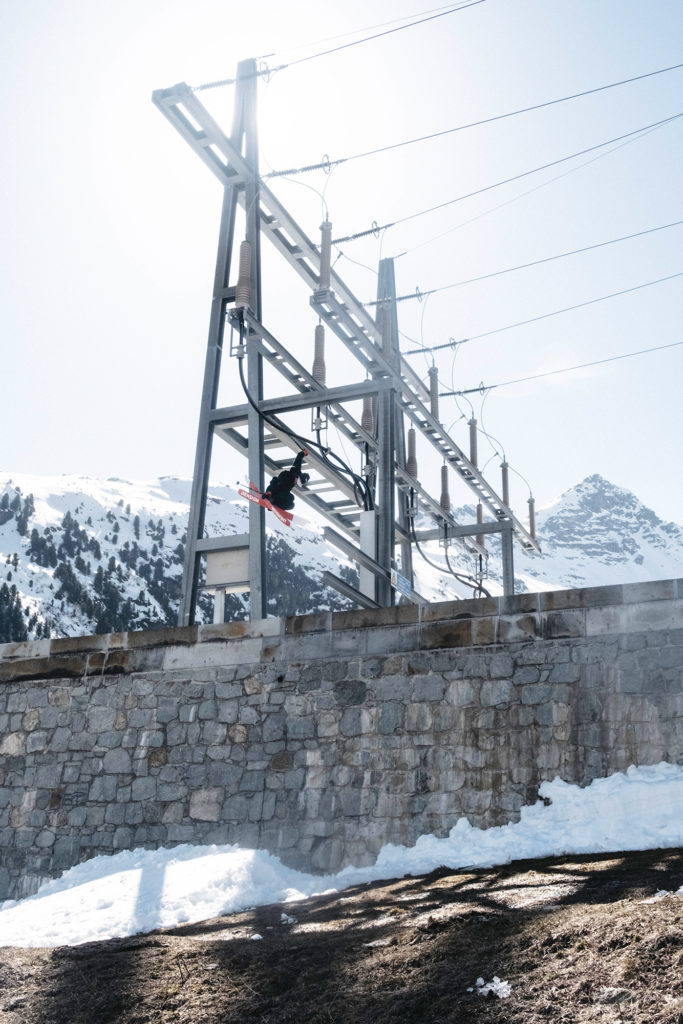 Sounds like an all-time crew!
If you had to shoot with just one lens all season, which one would you choose?
35mm f2. Man, with a 35mm you can do everything.

What ski photographers are you stoked on right now?
Well, that is a really difficult question, because I’m really getting my inspiration more from art photographers like Marten Lange or Detlef Orlopp. But I always admired the work that Alex O’Brien did for K2 when he was at Stept Productions. Closer to home, I also really like the work from Thomas Stöckli!

Other than skiing and photography, what else are you into?
Mountains and design in general. If it involves mountain biking or climbing, I’m down! Also if there’s a graphic designer or an artist having an exposition, you will see me there…. if he’s doing cool stuff of course… haha! Ever since I started with my education in Visual Communication and I live in the city now, I started taking skateboarding a bit more seriously and I also started shoot homies who are skateboarding.

Seems like a natural fit. Skating is about as free and creative as it gets…
On that note, let’s wrap this up. Any last words?
Thanks for having me! I really appreciate that I had opportunity to have this chat. Keep skiing real, do it for fun and do it everywhere, no matter the conditions! Support your local ski shop and don’t always fly to Canada or Japan in search of good conditions and experiences… Europe is bigger than you think!

That’s the truth! Thanks for your time Armando! We’re looking forward to seeing more of your photos printed in our magazines. 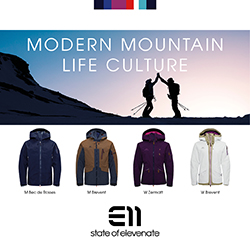